Ofatumumab is a novel anti-CD20 monoclonal antibody that targets B-cells. It is an IgG1κ human monoclonal antibody produced from a recombinant murine cell line (NS0) via transgenic mouse and hybridoma technology.6 Ofatumumab works by recognizing antigens that are expressed on the tumour cells in certain cancers; however, the antigen is not tumour-specific and can also be found in normal B-cells.1 Ofatumumab was first approved by the FDA in 2009.8 It is used in the treatment of recurrent, progressive, or recurrent chronic lymphocytic leukemia (CLL) or CLL in treatment-naive patients in whom fludarabine-based therapy is considered inappropriate. Ofatumumab is used as monotherapy or in combination with other medications, depending on the patient profile and previous treatment history.6 Although it has a similar molecular mechanism of action as rituximab, another CD-20 monoclonal antibody used in the treatment of rheumatoid arthritis and B-cell non-Hodgkin's lymphoma, ofatumumab has a higher affinity towards CD20.1

Ofatumumab is available for intravenous administration and is marketed as Arzerra. In Phase III clinical trials consisting of subjects with relapsing forms of multiple sclerosis (RMS), subcutaneous administration of ofatumumab reduced the number of relapses and delayed disease progression. In February 2020, FDA and EMA approved Supplemental Biologics License Application (sBLA) and Marketing Authorization Application (MAA), respectively, for ofatumumab for the treatment of RMS in adults.7 The FDA subsequently approved ofatumumab for the treatment of RMS on August 20, 2020.9 The potential therapeutic use of ofatumumab in various lymphomas and rheumatoid arthritis has also been investigated.4

Ofatumumab is indicated, in combination with chlorambucil, for the treatment of previously untreated patients with chronic lymphocytic leukemia (CLL) for whom fludarabine-based therapy is considered inappropriate.6

Ofatumumab is indicated for the treatment of patients with CLL refractory to fludarabine and alemtuzumab.6

Ofatumumab works by binding to and blocking the action of CD-20, a molecule expressed on the surface of both healthy and leukemic B lymphocytes. In patients with previously untreated chronic lymphocytic leukemia (CLL), ofatumumab caused B-cell depletion in the peripheral blood after six months following the last dose. However, observable depletion of B cells in the peripheral blood does not directly correlate with the depletion of B-cells in solid organs or malignant tumours.6 In vitro, ofatumumab induces complement-dependent cytotoxicity (CDC) and antibody-dependent cellular cytotoxicity (ADCC).1

CD20 is expressed on normal pre-B lymphocytes and mature B lymphocytes, as well as malignant B lymphocytes. Numerous studies demonstrate that the depletion of B-cells can significantly alleviate symptoms of many forms of leukemia and lymphoma, which are malignancies associated with B-cell dysfunctions and high expression of CD20.4

Ofatumumab is an anti-CD20 monoclonal antibody that binds to the small and large extracellular loops of the CD20 molecule. The Fab domain of ofatumumab binds to CD20, and this drug-target interaction does not result in immediate shedding and internalization of CD20 from the plasma membrane of B lymphocytes.2,6 This allows ofatumumab to persist on the B lymphocyte cell surface for an extended period and recruit immunological molecules or FcR-expressing innate effectors, such as macrophages, that mediate immune effector functions with strong cytotoxic effects.2,4 These immune effector functions include complement-dependent cytotoxicity (CCD) and antibody-dependent cellular cytotoxicity (ADCC), which promote the lysis of malignant B-cells.2,4,6 Complement-dependent cytotoxicity (CDC) involves translocation of the CD20 molecule into lipid rafts, which are involved in cell signalling and receptor trafficking.1

The mechanism by which ofatumumab exerts a therapeutic effect in multiple sclerosis patients is unknown but is presumed to still occur as a consequence of its ability to bind CD20.9

In one study consisting of patients with relapsed or refractory chronic lymphocytic leukemia and small lymphocytic lymphoma, the Cmax was 94 μg/mL and the Tmax was 7.3 hours following the first infusion of 300 mg ofatumumab.5

Following subcutaneous injection, ofatumumab is thought to be absorbed primarily into the lymphatic system. Subcutaneous dosing of 20 mg every four weeks resulted in a mean AUCtau of 483 μg*h/mL and a mean steady-state Cmax of 1.43 μg/mL.9

In patients with CLL, the mean volume of distribution at steady-state was 5.8 L.6

Repeated subcutaneous dosing with 20 mg of ofatumumab resulted in a steady-state volume of distribution of 5.42 L.9

There is limited information on the serum protein binding profile of ofatumumab.

Like other monoclonal antibodies, ofatumumab is expected to undergo lysosomal degradation by the reticuloendothelial system and protein catabolism by a target‐mediated disposition pathway.3

Ofatumumab undergoes elimination by a target-independent route and a target (B cell)-mediated route, with a dose-dependent clearance in the dose range of 100 to 2000 mg. As ofatumumab causes B-cell depletion, the clearance of ofatumumab mediated by B-cells is decreased substantially after subsequent drug infusions.6

In patients with CLL, the mean half-life at steady state was 17.1 days.6 Similarly, in patients given ofatumumab subcutaneously, the steady-state elimination half-life was estimated at 16 days.9

In patients with CLL, the mean clearance at steady-state was 11.6 mL/hour.6

In patients administered ofatumumab subcutaneously in repeated 20 mg injections, the steady-state clearance following B-cell depletion was estimated to be 0.34 L/day.9

There is limited information on overdose of ofatumumab. Ofatumumab may cause B-cell depletion in the fetus when administered in pregnant women.6 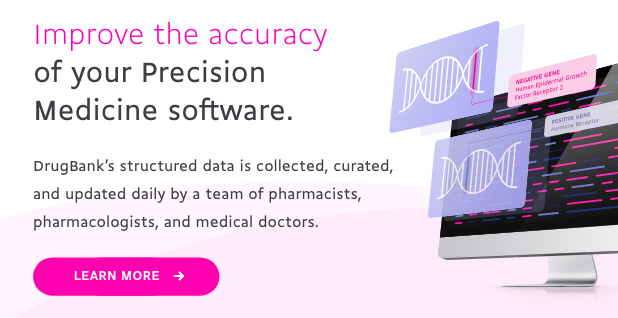