Lasmiditan is an oral medication used in the termination of migraine headaches that was first approved for use in the United States in October 2019.7,9

Traditionally, the triptan class of anti-migraine medications (e.g. sumatriptan) have seen preferential use in the acute treatment of migraines due to their relatively favourable efficacy and safety. Their use is not devoid of concerns, however, and their vasoconstrictive activity can lead to blood pressure lability and other cardiovascular side effects - for this reason, these medications are less suitable for use in patients with pre-existing cardiovascular disorders.4 Triptans abort migraines via action at several serotonin receptors, including 5-HT1D and 5-HT1B receptors, and activity at the 5-HT1B receptor has been specifically implicated in their vasoconstrictive activity.4,6

Lasmiditan, in contrast, is a highly selective agonist of 5-HT1F receptors, carrying virtually no affinity for other receptors which appear to be largely responsible for the adverse effect profile of its predecessors - in other words, lasmiditan’s selectivity allows for the successful termination of migraines without causing vasoconstriction.6,5 Selectivity for 5-HT1F, a lack of vasoconstrictive activity, and the ability to terminate migraines through neuronal inhibition has resulted in the creation of a new class of anti-migraine medications in which lasmiditan is the first and only member: the neurally-acting anti-migraine medications (NAAMAs).6,1

Lasmiditan is indicated for the acute treatment of migraine with or without aura in adults.7

Lasmiditan belongs to a new and novel class of acute anti-migraine medications that exert their effects via inhibition of neuronal firing rather than vasoconstriction of cerebral arteries.2 Lasmiditan appears to have a relatively quick onset of action (an important characteristic in acute migraine treatment) with some patients reporting benefit within 20 minutes.6 Due to its ability to cause CNS depression (e.g. drowsiness, dizziness), lasmiditan may cause significant driving impairment and patients should be advised not to participate in activities requiring mental alertness for at least 8 hours after dosing.7 Lasmiditan may carry some potential for abuse and should be used with caution in patients who may be at risk of drug abuse - its controlled substance scheduling is currently under review in the United States by the Drug Enforcement Administration (DEA).7

The acute treatment of migraine headaches has, in the past, been achieved via constriction of cerebral blood vessels, as the acute dilation of these vessels observed during migraines was thought to be the cause of the associated pain.2 The neurogenic hypothesis of migraine pathophysiology, an alternative to the vascular hypothesis, suggests that cerebral vasodilation is a secondary mechanism in migraine pathogenesis, and that the main contributor to migraine headache pain is the increased pathogenic firing of trigeminal nerve pathways.2,6

While the precise mechanism of action of lasmiditan is unclear, it likely supports this neurogenic hypothesis by exerting its therapeutic effects through potent and selective agonism of the 5-HT1F receptor.7 5-HT1F receptors are found in both the central and peripheral nervous system (on the central and peripheral ends of trigeminal neurons) and appear to contribute to hyperpolarization of nerve terminals and inhibition of trigeminal neuronal activity.1,4 Lasmiditan's agonism at these receptors may, therefore, inhibit the firing of trigeminal nerves responsible for migraine headache pain.

Lasmiditan has virtually no affinity for other 5-HT receptor subtypes or monoamine receptors (e.g. adrenergic, dopaminergic).1,2,6

Oral absorption of lasmiditan is quick, with a median tmax of 1.8 hours.7 An open-label study looking at absorption pharmacokinetics found the Cmax and AUC0-t of lasmiditan following oral administration to be 322.8 ± 122.0 ng/mL and 1892 ± 746.0 ng.h/mL, respectively.1 The oral bioavailability of lasmiditan has been reported as approximately 40%.4

Co-administration of lasmiditan with a high-fat meal increased its Cmax and AUC by 22% and 19%, respectively, and delayed Tmax by approximately 1 hour - these differences in absorption are relatively minor and unlikely to be clinically significant.7 Similarly, severe renal impairment and mild-moderate hepatic impairment were found to increase both AUC and Cmax, but not to a clinically significant extent.7

Lasmiditan has been shown to penetrate the blood-brain barrier.1

The hepatic and extra-hepatic metabolism of lasmiditan is catalyzed primarily by non-CYP enzymes, with ketone reduction appearing to be the primary pathway.7 While the specific enzymes involved in the metabolism of lasmiditan have not been elucidated, FDA labeling states that the following enzymes are not involved in its metabolism: monoamine oxidases, CYP450 reductase, xanthine oxidase, alcohol dehydrogenase, aldehyde dehydrogenase, and aldo-keto reductases.7 The metabolites of lasmiditan have not been characterized in published research, but two of its metabolites (M7 and M18) are considered to be pharmacologically inactive.7

Lasmiditan is eliminated primarily via metabolism,7 with renal excretion accounting for a small fraction of its total elimination. Of the small amount of drug found in the urine post-dose, approximately 66% is comprised of lasmiditan's S-M8 metabolite. Only 3% of an administered dose of lasmiditan was recovered unchanged in the urine,7 further implying a relatively extensive metabolism of this drug.

The mean elimination half-life of lasmiditan is 5.7 hours.7

Data regarding overdose of lasmiditan is currently unavailable. Non-clinical murine toxicology studies revealed no evidence of carcinogenesis, mutagenesis, or impairment of fertility7 at plasma concentrations well above those seen in humans.

Kind
Protein
Organism
Humans
Pharmacological action
No
Actions
Inhibitor
Curator comments
Lasmiditan was found to be an inhibitor of CYP2D6 in vitro, but subsequent in vivo interaction studies did not demonstrate a clinically significant inhibition of dextromethorphan metabolism, a recognized substrate of CYP2D6. 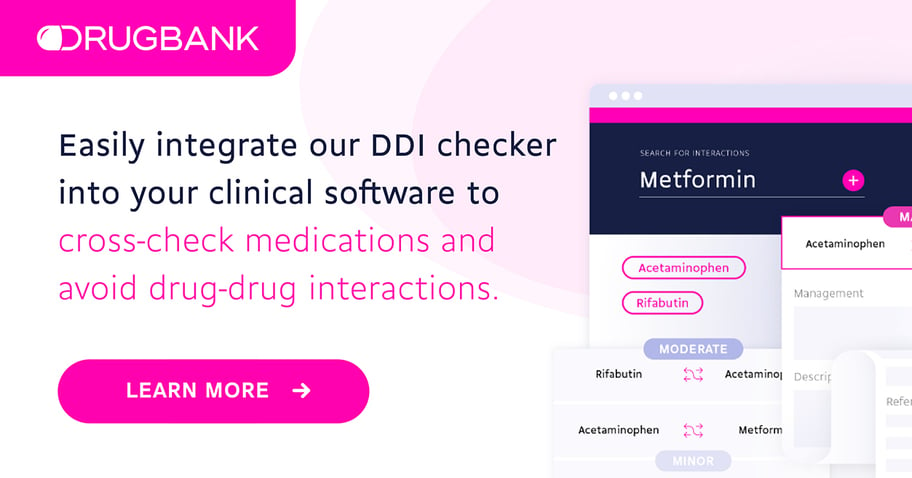